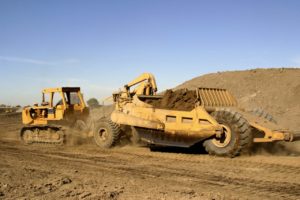 What Exactly Is “Land Development”?

As discussed in previous posts, our industry seems to have terminology that can be interpreted in multiple ways.  When one thinks of “land development”, it is probably common that many think of grading, underground utilities, streets, and other site work.  While this would seem to be logical and true, there is another aspect many others consider to be the essence of land development – planning and entitlements.

Here in California, we have many land developers who focus only on negotiating the land contract with a land seller, processing the entitlements, and then selling entitled land (no site improvements) to the next party in line.  These entitlements, or easier thought of as the government approvals of a project by the local city or county, add significant value to a property by vesting the number of homes or other land uses and bringing certainty as to what conditions will be imposed on the project.  The entitlement process entails hiring a team of consultants (planner, civil engineer, environmental, soils, etc) to prepare the necessary documents that will be reviewed by the city/county staff and hopefully result in an approved project by Planning Commission and City Council.

This “entitlement” developer may also have the financial backing to complete the site work and eventually sell improved lots to homebuilder.  Other options are to sell to another land developer who does the site work, or to sell the entitled property directly to the homebuilder who will in turn do the site work.  In the past couple of cycles, the large public homebuilders have shown the willingness to take on the site work for both large and small projects.

For the most part, land development would seem to encompass the entitlements and the site work, with different parties probably taking on these roles.  And these parties might include a small land developer, a well-capitalized larger land developer, and the homebuilder.

As always, please feel free to share your comments and questions with us below.

Are Assemblages Difficult? As a general rule, I think that most land developers would prefer to deal with only one land seller, which is particularly true when you might be talking about option contracts with the sellers.  Land development has …